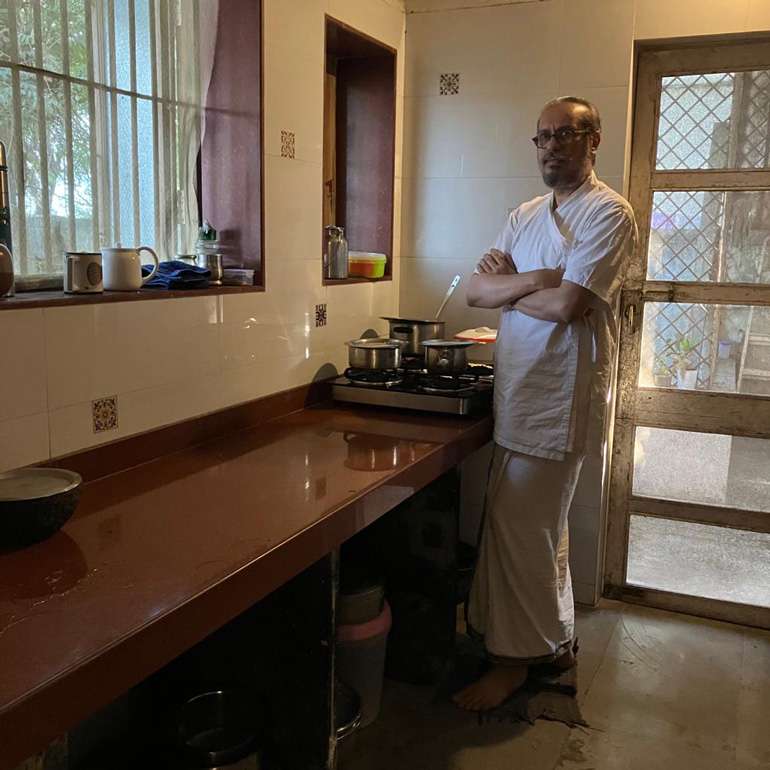 The Dagar Kitchen: Rasa and Rasm

Every house has a story, and in that story is a kitchen. From it often emerges words, words like ‘Aah kya baat hai’. 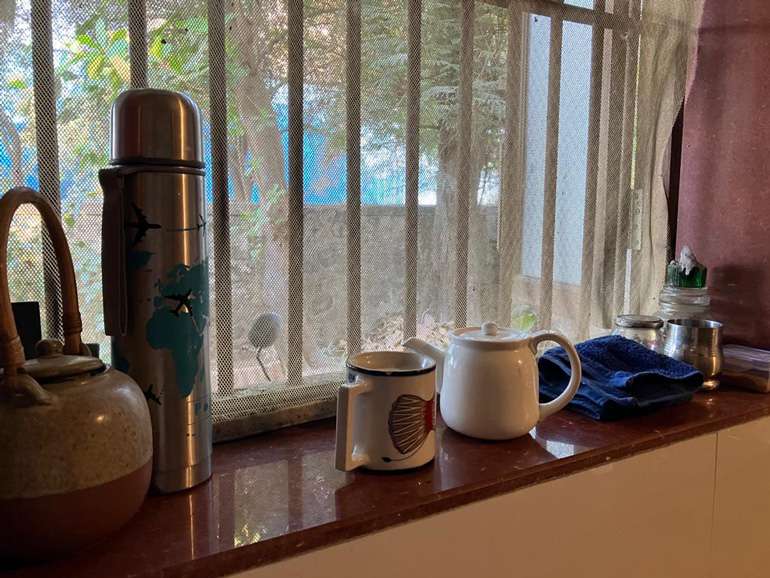 What could be the relation between food and music? It is not surprising to hear a Pandit or an Ustad say ‘Usey khana hi theek say nahin ata hai , woh sangeet kaise bajayega’, (how will he ever play music, he doesn’t even know how to eat properly). This is to suggest that their senses are not developed for the absorption of rasa, which is a sensual, pleasurable, palatable kind of an experience. It means that in spite of all the training, practicing, learning and understanding the thematic content, you are tasteless, which means you are incapable as a human being too. Ouch. The Pandits and Ustads can be harsh. 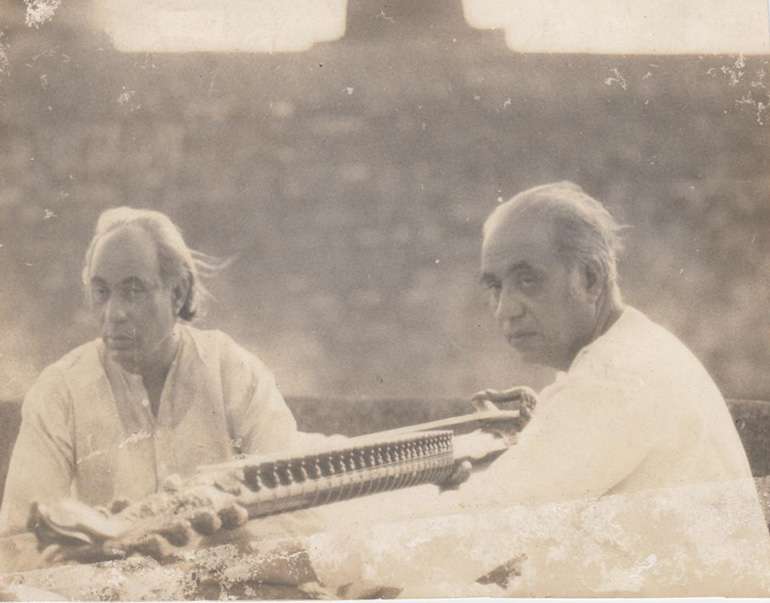 The learning of music is sometimes compared to the process of cooking. In fact, many of these musicians did teach their students culinary skills. Some of the important things that were taught through this were Dhiraj [Patience], Praman [measure], understanding colour [what is the colour of raw versus cooked food] and also swad [taste]. I have seen many teachers cook food and feed their students as they believed that a certain aspect of music was passed on through this food, that it opened the senses. At times they even believed that the drunkenness from the taste of the prepared food also created a sense of being in ecstasy, a certain romance that enhanced their senses to be absorbed in their work. The implication was clear – that the rasaswad and the rasanubhuti was important for the development of an aesthetic personality. 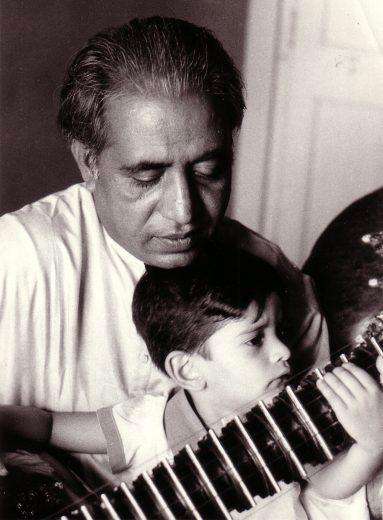 My birth in the Chembur, Mumbai house 6/20 Rukmini apartment, I believe, was not merely a coincidence. Indian philosophy suggests that the soul searches the womb it wants to be born. Here I was, a small being surrounded by various tastes and smells. To begin with my mother’s cuisine from the Ratnagiri coast, my father’s cuisine from Rajasthan, my aunt’s cuisine from her Maratha background. That’s not all. Pillais to our left, the Sethnas to our right, the Kunders of Karnataka up ahead, the Iyers from Chennai, the Bamboot Muslim Boras on the ground floor and because we were sixteen friends, boys and girls, it ranged from Iyers to Iyengars to Oriyas to the Shettys, to the Punjabis and the Sindhis on the 17th Road opposite ours.

I was almost a vegetarian; one could say a Brahmanical one. My favourite food at my house was ladies’ finger, potatoes, methi daal and a few other choicest vegetables. The day non-veg was made, I would readily go to my maternal uncle’s house and demand Varan [dal with jaggery] or Aamti [a sour sweet dal] and some potatoes. This happened every Sunday when we had guests at home and my father cooked chicken. Also, every Tuesday my aunt would fast and then cook a feast in the evening, I would be the only self-proclaimed Brahmin attending this feast. I cannot even begin to explain the smell of the Aamti, it would have travelled from the ground floor to the first floor and my nose would follow it directly to the door at Room no 4. The love with which the Aamti was made I only realise now, when we eat food outside at malls and there is no signature on. It was such a high that the mind was blank, all pleasures of art were magnified, it satisfied the taste buds and opened your heart – a small nirvana if I may say so. And then the only meditation was sleep. I always wonder how she achieved this every time without fail. 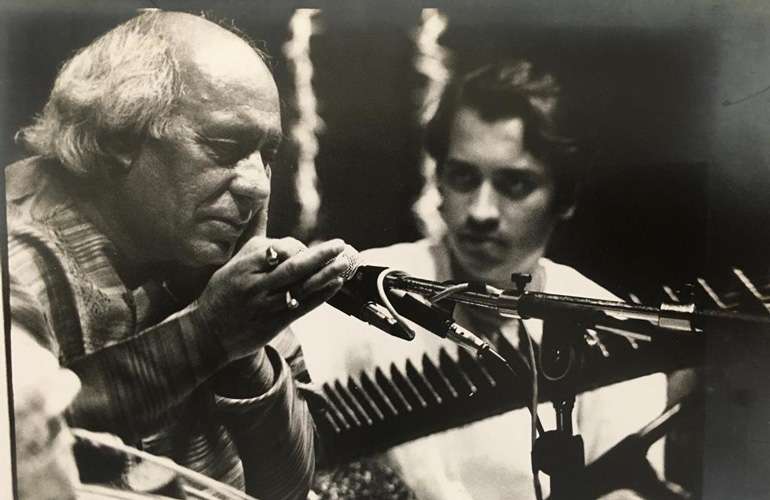 My mother made bread rolls stuffed with potatoes and green peas, bhindi, aloo parathas, kumbdivada [a fried puri of nachni wheat, methi dana, palak, with jeera and methi stuffings], methi dal. The only difference was that my aunt’s house had books on painters from Leonardo Da Vinci to post-modernism as well as an array of recordings from around the world, from classical to folk to jazz, and here in my house we only had live classical music from the Dhrupad genre.

By the age of nine I had been tasting small bits of chicken, mostly tandoori. It was not until I was fourteen when I first had methi chicken. My father knew I was a sucker for methi and offered that I taste it. It was most reluctantly that I accepted this offer. Until then I had only heard from people that my esteemed father was an amazing chef. It was at that moment I realised what they meant. That single morsel, had exploded my taste buds and my retina along with my eyelids opened to the point of tearing open and then they half shut as though I was struck with some kind of intense pleasure, a darshan of the Ishq that people only write about or talk about. I quietly ate the meal that day and forgot everything else including the fact that I disliked non vegetarian food.

After the demise of my father Ustad Zia Mohiuddin Dagar, his younger brother Ustad Zia Fariduddin Dagar, a vocalist, took me under his wing. The elder brother was measured to perfection in his music and in his cooking, praman was everything. The younger brother was abundance personified, the same swabhav one would see in his cooking. Large portions of vegetables, mithai, meat would be cooked by him and offered in a dawat  to students and friends. On one such occasion , Ustad had prepared mutton. Fleetingly I asked him – what was this dish called. He smiled and said – eat it. I remember putting the first morsel in my mouth and the taste immediately imploded. My senses failed to even appreciate the food. My mouth was full with more juices than the morsel of food. I must have barely had three to four morsels. I stopped as it was overwhelming – the taste, the sensation. I was overcome by a calmness. I could not eat anymore. This feeling of abundance stayed with me for the next three days. In those three days whatever music I played seemed to be flowing effortlessly.

Once on a journey for Spic Macay in Norway, playing small stints of about ten minutes for children as an introduction, I chanced upon a man who ran a restaurant seating about a maximum of twenty persons. Upon being introduced to him in the month of Ramzan, he offered me food to break the fast. Quickly he put together chholey and roti. Removing this from his storage in the freezer he cooked an instant meal in about ten minutes. The very first morsel was a question on how it was even possible to cook frozen food taken from the freezer and give it such a divine taste. My fellow companions Sunanda and Mithilesh kept on staring at each other. What did he put in it? What is it that we were not getting here? Our inquisitiveness led us to know that the blessed man was hidden from society under the blanket of his restaurant and that he was a Sufi.

My palette’s journey has put me in spheres where I have learnt to accept, dissolve, research, assimilate, counter-argue, disagree, rebel, object, emote and satisfy the self under one tree of consciousness. This education I have been given by food.