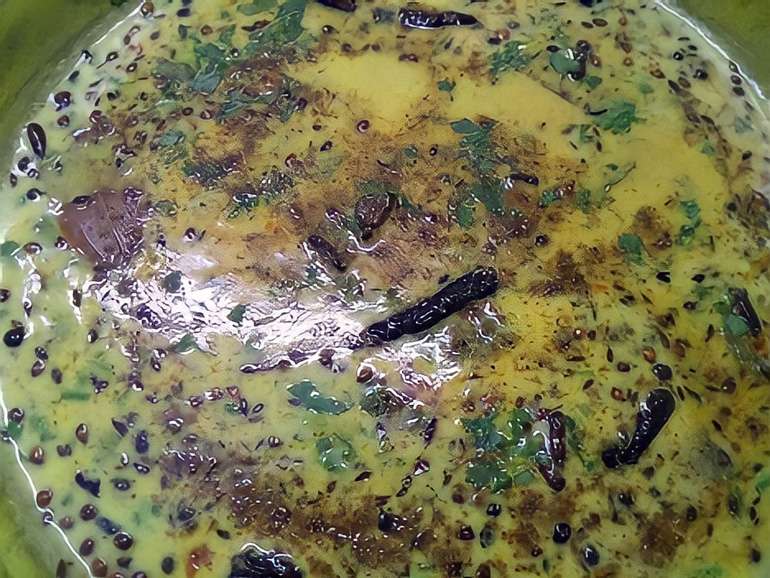 I was not a refugee, but became one through the memories of my parents. The memories were in everything – their loss, pain, grief, language, words, clothes, and food. My father would often ask for a meal of two chappatis with a hand-crushed onion liberally doused with salt and paprika powder. The meal that he lived on for many months during that time.

Yet, I too moved. Unlike my parents, who were forced to leave, I left home, not because I had to, but because I wanted to. In the hurry to move, they carried nothing, except what was stored in their minds and hearts and their words. Their loss often reflected in their voices and sentences. Like them, I too carried no excess baggage; in fact, I left much behind, for my parents to deal with later. Little letters in unexpected places, that I knew they visit often. I hoped that in reaching out for a hidden stash of cash under the shelves of her newspaper-lined Godrej almirah, my mother would be equally jubilant in finding my letter with it. And that she would explore it to check for another one. It didn’t matter if she didn’t find the next one just then, for she was sure to come across it during the monthly ritual of changing the newspapers that lined her cupboard. My father found one the day after I left, in his Guthka. It was his birthday and I knew, as always, after bathing he would read his daily prayers. And find my letter and birthday card. 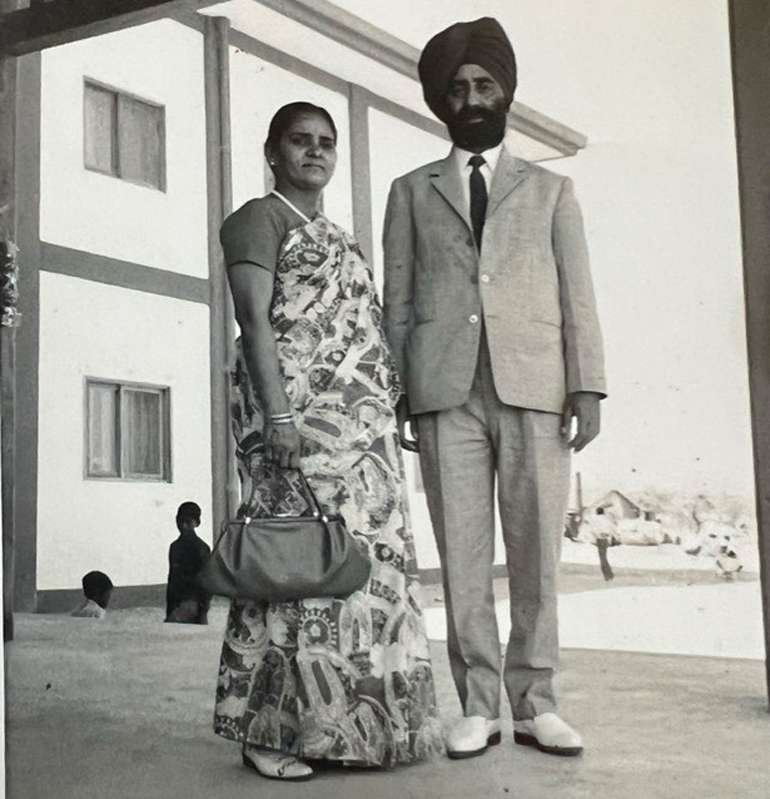 Unknown to me, though, I carried a very heavy weight. I didn’t realize it because it came in a small packet. Hand-ground and carefully packed by my mother, her home made garam-masala. It was the last order of spices that she would add to her cooking, its aroma adding to the cooking. From the hot and steaming karahi, the flavours would rise, and like a long cloud with a tail, would disperse through the house. My distinct childhood memory is of being attracted to the kitchen, like a fish being reeled in. My mother’s handmade condiment had this unique quality – it added, but never overpowered the cook. The base taste remained the same. Daals tasted and smelled like daals, urad, moong, chana, each retained its distinct identity. Vegetables too, gobi, bhindi, tinda, matar paneer, gajar; she was in control of her cooking, and her cooking was heavenly. From the smells wafting in the house, I knew what was being cooked. When she cooked mutton biryani, almost all our neighbours knew, for our sau gaaz dey ghaar, literally house of 100 yards, with shared common walls could keep no secrets. And invariably, she cooked extra portions to share Waheguru’s Barkat. 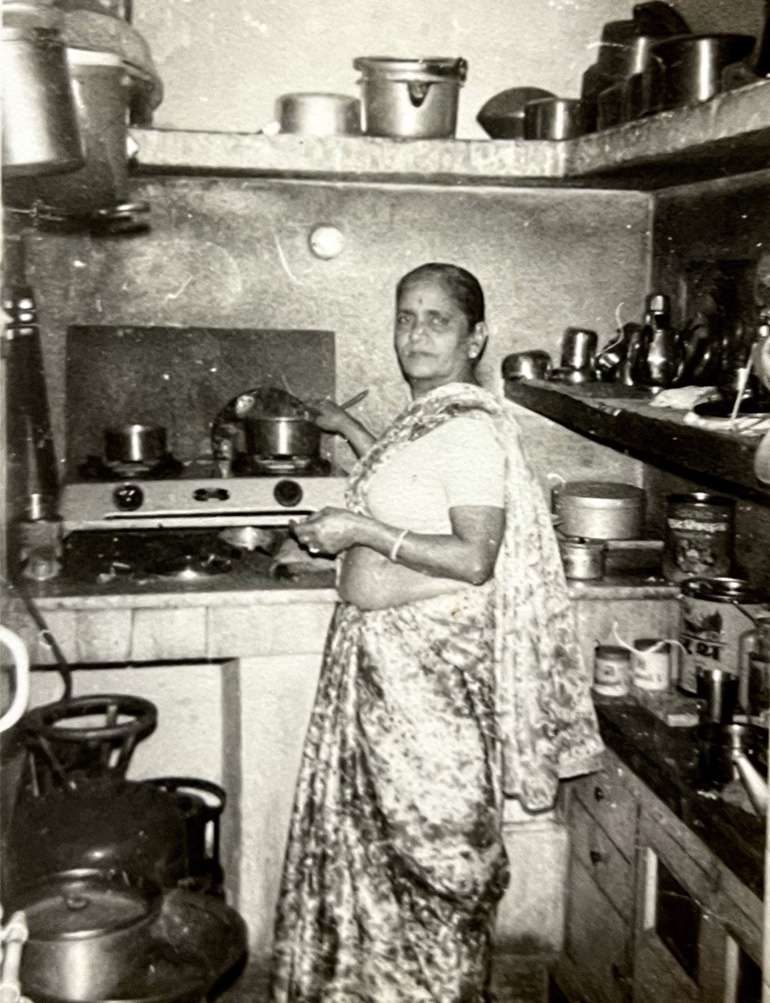 My mother’s packet of garam masala was stuffed in the refrigerator in my new apartment while I figured out setting up my life. There were things to be done, a bank account to open, electricity and heating to be switched on, phone line to be activated, courses to register for and teach, warm clothes and shoes to be bought in anticipation of the cold winters approaching.  The small kitchen with one pan was used only for making breakfast, an egg, fried crisp, and a toast with a large glass of the most wholesome milk I had ever tasted in my life. Lunch was always a hurried affair, a slice of overly cheesed pizza, or a hotdog from the cart. Living the beginning of the American dream also meant eating it. Dinner was always pasta with bottled tomato sauce. Classes finished by 9 at night; returning home by the subway and the train took almost an hour. By then, all energies had to be conserved for class preparation and assignments for the next day. The sheer miscalculation of dates astounded me, or perhaps time passed by too fast.

It was during the first winter vacation that I looked around me to see where I was for the first time. In the forgotten corner of my refrigerator was my forgotten packet of garam masala. My roommate had brought a small pressure cooker with her from Pakistan, and together we cooked, a simple moong daal, gobhi sabzi and karahi murg. As soon as the aroma of my mother’s garam masala hit the walls of the small apartment, it transformed into my home in India. Before I could eat, I cried. It transported me to my childhood and to the heavy metal dauri-dhanda (mortar-pestle) that she used to pound the garam masala at home; the little pods of cumin, fenugreek and cardamom, mixing with slivers of cinnamon and other ingredients and bursting into clouds of tantalizing smells, each hitting the lobes of the brain where memories are formed, forever getting imprisoned in their tiny tightly-held quarters. 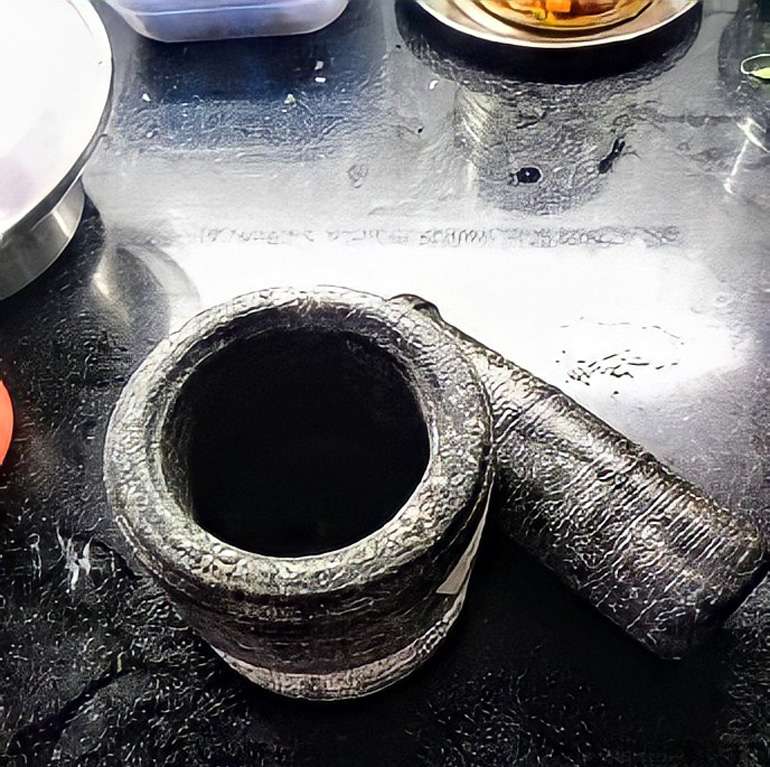 That simple powder made me remember other foods, meals that my mother made with great care. On cold Delhi winters, the one meal that used to comfort us and also act as an alchemist’s prescription was Besan di Karhi, a comforting winter broth made of fermented buttermilk and roasted split Bengal gram flour, hiding islands of onion fritters in its golden layers, tempered with therapeutic spices which added aroma and flavour. As it was teased with hot mustard oil with spices, it sizzled and released an opiate of aroma; therapeutic and meditative. A dish providing nutrition and sustenance in the lean months, when food and budgets, both ran dry. It was wholesome and restorative; our colds and chills were often given a dose of hot karhi. It filled our stomachs and nourished our souls.

Right on top of my favorite foods, Karhi. It requires coarsely ground spices. A beautiful-golden yellow base, simmering gently, with lots of spices and pakoras (fritters) floating in it. To be had with hot rice. There was no substitute for this and it was something to wait for. My mother made it in the winter months, when the curds set at home were not eaten much. The leftover curds were set out in the night, churned into butter milk in the morning. The buttermilk was left in the sun to ferment, and then mixed with besan, simmered gently and tempered with hot mustard oil and ginger, garlic and delicious smelling strong aromatic spices.

It didn’t take my mother very long to cook the ‘gram flour-buttermilk’ base but it was an uphill task to make the pakoras. Thinly sliced onions were mulched with the besan mix to end with pyaz de pakorey for the karhi. The moment she made the first batch of pakoras and kept them to cool, they would go missing; my father would be the first one to polish them off, with us standing in line for our share. Pakoras were his favorite winter food and one that would make things, however wrong they were, just right. No matter how hard we tried, we could never replicate the taste of my mother’s pakoras. For that matter, all her cooking. She had to make several batches of pakoras before a few could be salvaged for the ‘karhi’. 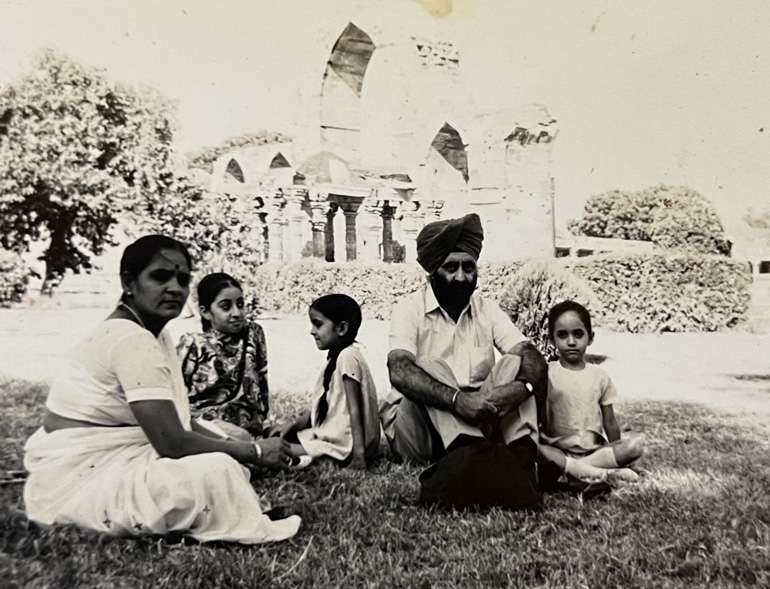 With the pakoras, my mother would make two chutneys as well: pudina chutney and imli chutney. Pudina chutney required no more than plucking a bunch of mint leaves from their stalks, along with a small bunch of coriander leaves, adding one small onion, tomato, a few garlic cloves, a small piece of ginger, a small green chili, a few seeds of anar dana, salt to taste and given a good pounding in her dauri with the wooden danda.  She did not use the metal mortar and pestle, for the mint and coriander were too delicate and a pounding with a metal pestle would completely destroy their flavour. To make the tamarind chutney, she would take a piece of tamarind, soak it in water, add salt, red chili powder to taste, and a freshly chopped onion, and set it aside.

As she fried the pakoras, and the little bits of besan broke off in the hot oil, she would sieve them out separately and add them to the watery tamarind-water-onions-spices mix. They would sizzle and add an oily binding agent to the mix. By the time the pakoras were fried, a very rustic chutney was ready, the imli had mixed with the water and tempered with the hot oil and bits of fried besan; chopped onions provided extra flavor. And, even the fried besan crumbs were not wasted.  And, once ready, half the pakoras were dunked into the karhi. A final sprinkle of the therapeutic garam-masala adding aroma and flavour. The other half was eaten hot with the chutneys.

Now, after many years, I find some comfort in the fact that, after numerous attempts, my karhi finally tastes like my mother’s. 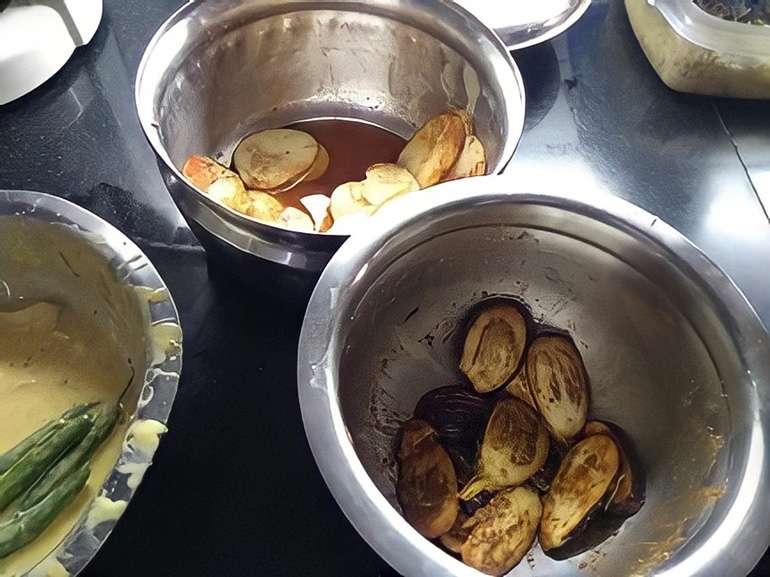 Cut vegetables waiting to be dunked in the besan mix 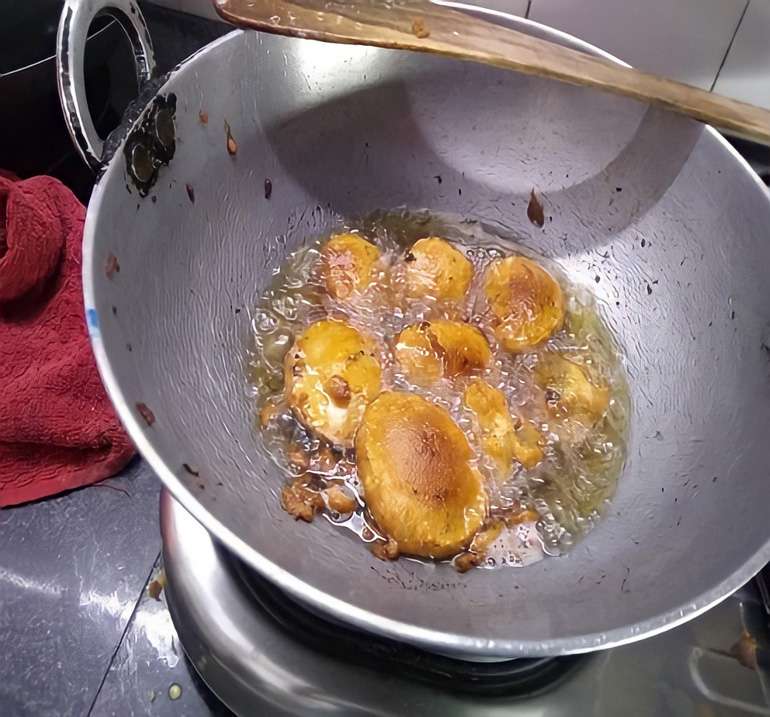